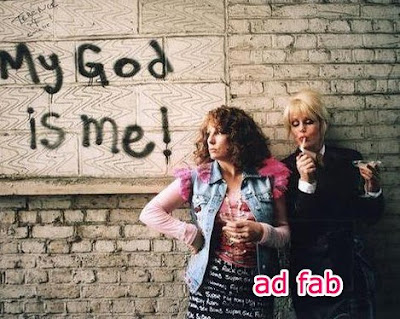 Over at my branded life, the writer suggested an advertising show in the vein of Absolutely Fabulous and I think the idea is all kinds of brilliant. If you're going to make a show about advertising it has to be big. There's no reality to it, he has a secret past, a Stepford wife, and more affairs than one can count, and at some point he always saves the day in some advertising related way. His utterances magically are always uniformly brilliant. The rest of the cast oohs and awes as he does ADDY things. He has a drink and s smoke and feels smug. And of course there's Joan. 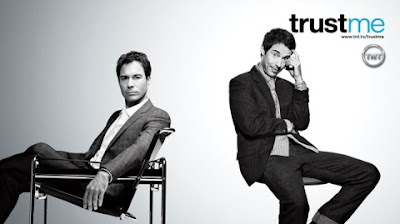 Trust me was a failure for a few reasons. But mostly, because it strived to show advertising as it really is: real products and real people trying to get the job done and go back to their daily lives. Snooze fest. I'm in advertising, so I tried to watch it. I couldn't bare it. Even reality TV has less reality then what this show was serving up. 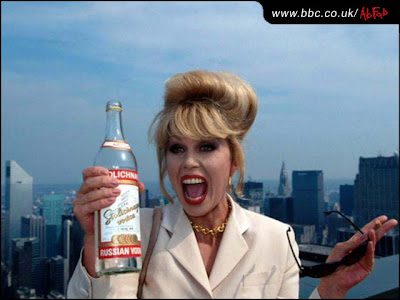 Nobody wants to think that the characters on our shows are good people. We want to love to hate them, especially when they're in advertising. We want deeply conflicted personalities, whose personal wounds never heal, and who take it out on the public at large( ala House).

We also don't want to see a show about real problems. You don't see many medical dramas dealing with the mundane everyday flu shot. (Unless it's a massive outbreak of swine flu, threatening all of us in indeterminable ways.) You also don't see law order in traffic court. If you're going to do a show about a profession cut the everyday out of it.

If an Ad Show really wants to succeed, it has to make fun of itself. It has to augment the personalities, amp up the absurdity of the everyday, and throw in some hella weird clients. A good show about advertising, has to augment the drama. Now AD FAB, that could work. 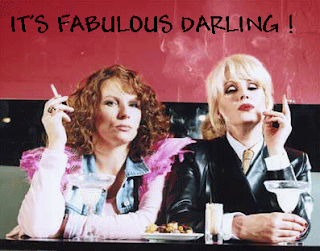 Email ThisBlogThis!Share to TwitterShare to FacebookShare to Pinterest
Labels: Ad here, back to reality