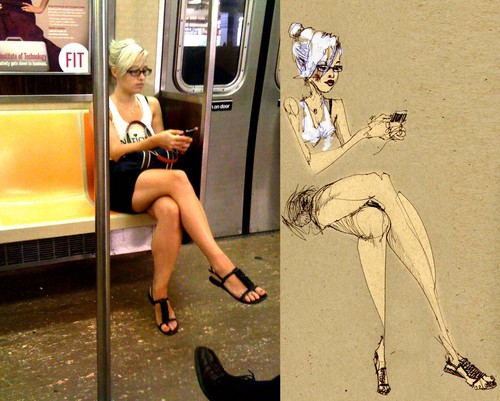 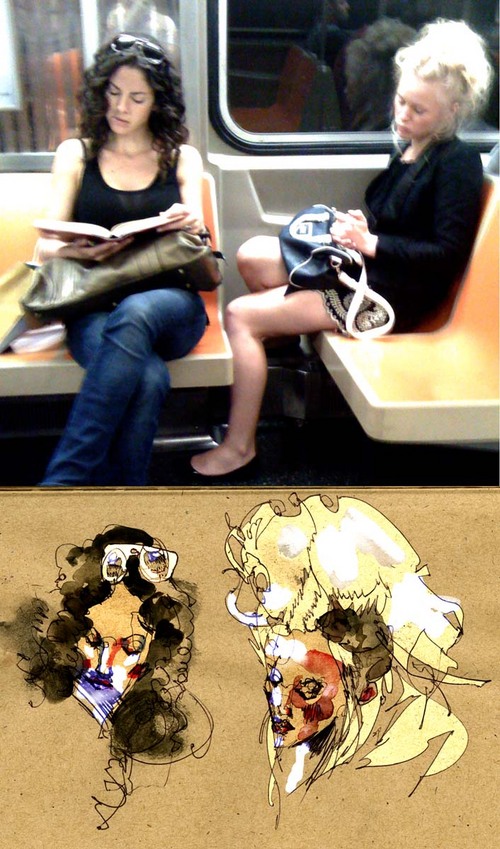 A few months ago, I decided I would feature my own train time sketches on this site. Due to laziness, on the part of scanning, I only feature one doodle: Man hates short pants. 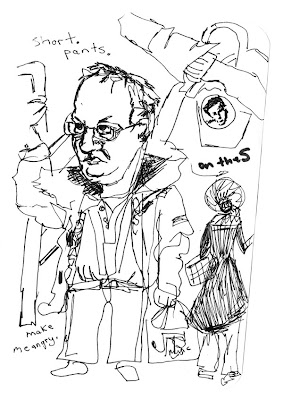 And there was also some scanned but unseen work like: The Bundled Masses. 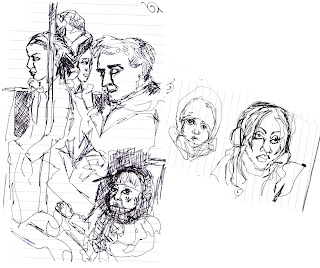 Thankfully, other people are more consistent in their efforts. Like the subway sketcher/general artist Dave Choe, who illustrated the first two sketches.
Posted by golublog at 9:10 AM

Email ThisBlogThis!Share to TwitterShare to FacebookShare to Pinterest
Labels: Scribbles and Bits