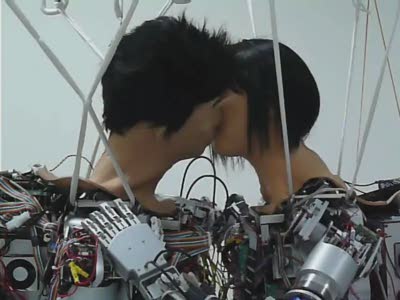 "Researchers at the University of Leeds report that kissing plays an important role in human reproduction. It's not just that kissing can eventually lead to the reproductive act; it's the germs that come with that comes with swapping spit. Perhaps most importantly, when a man kisses a female partner, he passes a small amount of his cytomegalovirus to her. If the cytomegalovirus is introduced into a woman's system during pregnancy, it can damage or even potentially kill the fetus. But, if a woman kisses the same partner repeatedly, she eventually develops an immunity to his particular cytomegalovirus, decreasing the chances of infection during pregnancy. The study authors say that six months of kissing should yield optimum immunity."

So pregos out there keep swapping spit with the same partner or evolutionary else.